Skip to content
I Initially bumped into this story on twitter when her friends were still looking for her, asking us to retweet for awareness and being a human being I retweeted. Several days later there were now messages of condolences and I followed the story and I found out she was murdered by her boyfriend , who she probably loved and trusted and my heart broke as if I knew her  but I didn’t.
So today I finally decided to speak up about this issue, although I haven’t been through an abusive relationship I still think we as women could do something to help our fellow sisters in those situations.
1.So my advice is If your man even raises his hand to you when you argue or disagree its the first sign of an abusive partner the next time he will definitly hit you. Most of the times you are probably going to say to yourself he was angry or the good times outweigh the bad but in every relationship they are bad times, so you cant give excuses for an abusive man.
2. Have someone to talk to, someone who you are comfortable telling just about anything, most of the time women in abusive relationships are isolated by their partner, the friends they used to have they no longer have because he doesn’t want you around too many people, you give up your social life and things you used to enjoy doing with your free time. So, as much as you love your man its very important to maintain your independence in your relationship so that your man does not become your everything, in that situation that’s when you as a young woman begin to accept that abusive behavior because you have no one else to turn to.
3. Mothers , sisters and society we cannot trust the world to teach their sons how to treat our daughters, let’s raise our daughters to know the difference between a good man and a bad man,,Lets band together to raise good women .

If only this beautiful woman would have talked to someone it would be a different story, we all have sisters and friends, lets get involved and say no to violence against women.

This dude found it okay to brutally murder and burn someone else’s child and proceeded to help the family search for her, this man was cruel.

RIP Karabo Mokoena let’s hope your death will not be in vain, may someone learn from your experience and say no to abuse in relationships, at the end of the day relationships are voluntary. 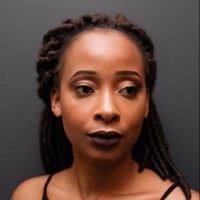